support us
Climate Con Artists: The Culpability of ‘Big Oil’ in Misinforming the Public
Lauren Goldberg
and Hanna Axtell 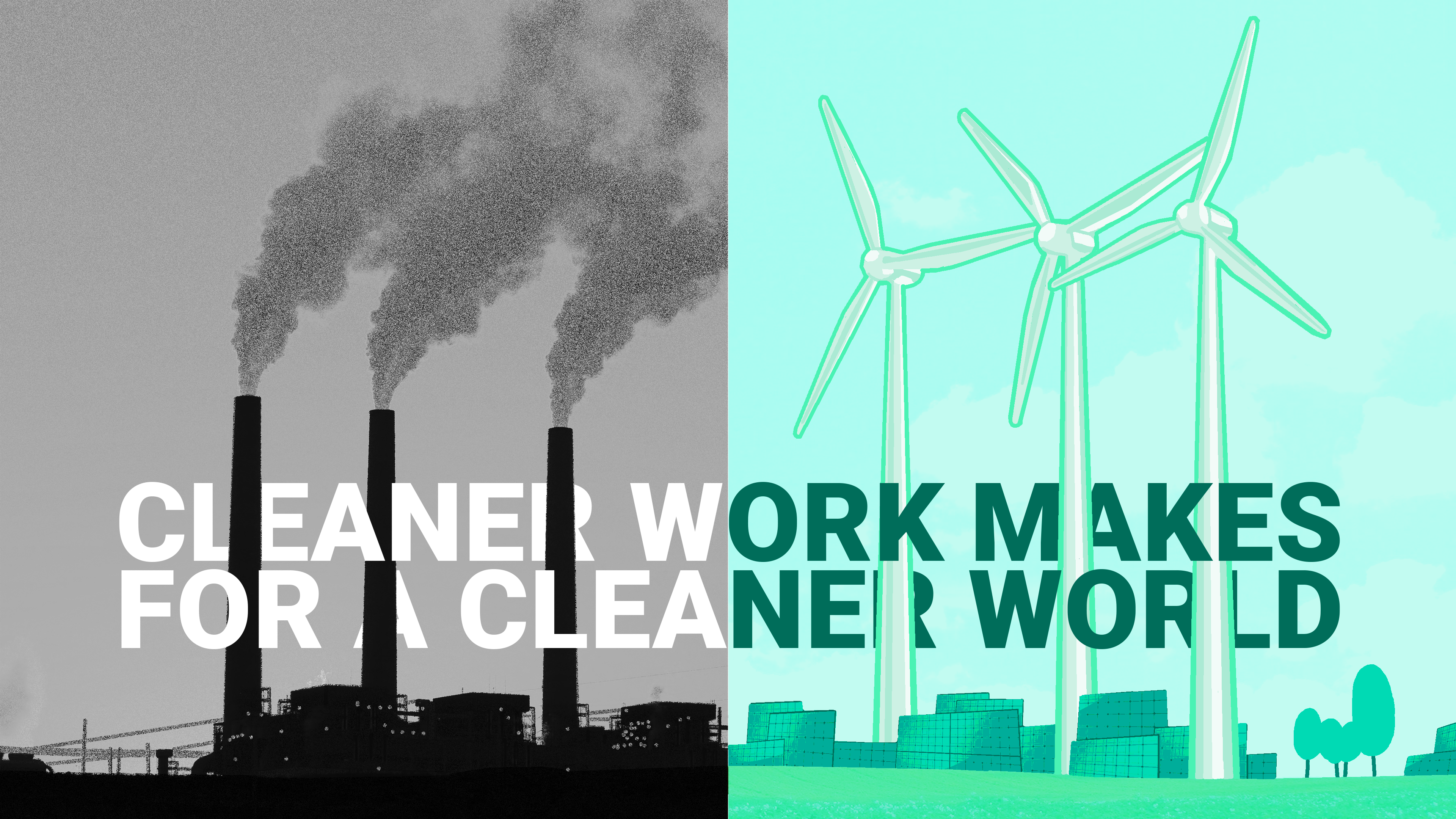 The United States has a corporate monopoly problem. Despite the prevalence of antitrust legislation that supposedly prevents a single seller from having a monopoly in a given market, several industries are dominated by a select few corporations with immense market power, colloquially labeled “Big.” Companies like Google, Amazon, Facebook, and Apple spearhead the technology industry, thus renamed as “Big Tech.” But we have also seen the rise of (Big) Tobacco, (Big) Pharma, (Big) Agribusiness, and (Big) Oil.

As a result of their size and power, each has the ability to apply tremendous  political pressure on elected officials and the larger society to conform with their interests. Fossil fuel industry giants, or Big Oil, which include ExxonMobil, Chevron, ConocoPhillips, BP America, and Marathon Petroleum, function as some of the largest and most profitable energy firms in the world. These companies brought in a total of $773.7 billion in annual revenue and generated $193.9 billion gross profits in 2021 while employing 9.8 million workers, or 5.6 percent of the entire U.S labor force.

While the oil giants have made their shareholders billions of dollars and assumed their places amongst the top performing companies on the Fortune 500 charts and Global Top 100 Forbes lists, they have done so by polluting countless communities and the environment with toxic chemicals, fueling climate change, displacing Indigenous peoples from the land, and making global consumers dependent on an expensive and unhealthy energy product. Their enormous political-economic power gives Big Oil the ability to dictate national energy policy and energy infrastructure development, thwart meaningful government action on climate change, mislead the public around the scientific consensus on climate change, and manipulate consumer behavior towards the ever greater consumption of fossil fuels.

The types of deceptive climate change disinformation campaigns fueled by the oil and gas industry are especially egregious. Designed to convince the public that the science around climate change is still “in doubt” within the larger scientific community, the real aim of these efforts is to stymie meaningful government action on climate change. These efforts have proven to be highly effective over the past five decades. According to members of the science advisory committee consulting President Lyndon B. Johnson, government officials knew about the threats of climate change as early as November 5th, 1965, when a detailed report titled, “Restoring the Quality of Our Environment,” was introduced to their staff during their daily briefing.

Leading climate scientists, John Tukey, Roger Revelle, Wallace Broecker, Charles Keeling, Harmon Craig, and J Smagorinsky recorded rising carbon emission rates and the perils they would cause for humans and the environment moving forward: “climatic changes that may be produced by the increased CO2 content could be deleterious from the point of view of human beings. The possibilities of deliberately bringing about countervailing climatic changes therefore need to be thoroughly explored.” The report warned the administration of increasing global temperatures, melting Antarctic ice caps, rising sea levels, warming oceans, fossil fuels, air and water pollution, dangerous carbon consumption habits, and even ocean acidification — all consequences of a changing climate that we now struggle to navigate some 55+ years later.

The news of the impending national security climate problem did not stay within the confines of the White House for long. Soon, government officials and representatives were meeting with top corporate executives on the impending catastrophe that is climate change. ExxonMobil, known as ‘Standard Oil’ until 1972 and ‘Exxon Corporation’ until 1999, began to perform their own internal research on carbon dioxide, its effect on atmospheric conditions, and the prognosis for life on earth. Senior company scientist James Black delivered their findings in his 1978 presentation before many powerful oil industry executives at Exxon corporate headquarters, concluding “that man has a time window of five to ten years before the need for hard decisions regarding changes in energy strategies might become critical.” The talk focused on the kind of threat this information could potentially pose to Exxon’s bottom line if news of the impending climate crisis reached the public.

This historical moment is widely regarded to have been the beginning of the climate denialism propaganda campaign by Big Oil – one of the most well-funded propaganda campaigns of all time. Climate denialism was not unique to just one or two of the five major oil giants. Instead, it became a joint collaboration between the fossil fuel industry and other major corporate polluters; conservative think tanks, research centers, policy institutes, public relations firms, foundations; and allied businesses that relied on fossil fuels for a significant share of their profits. Otherwise known as the polluter-industrial complex (PIC), as termed by Senior Fellow Daniel Faber in Capitalizing on Environmental Injustice: The Polluter-Industrial Complex in the Age of Globalization, these are the sectors of business that would stand to profit the most from the rollback of environmental regulations and climate change legislation.

Between 2003-2010 alone, some 140 Foundations connected to the oil and gas industry and other corporate polluters provided $558 million to 91 climate denial organizations. These same climate denial organizations brought in over $7 billion in total income during this time — an annual income of just over $900 million. According to Greenpeace, Koch-funded foundations (the Kochs are the largest privately owned oil-services company in the world) poured over $145 million into 90 groups that have attacked climate science and policy from 1997 to 2018.

Over the 50-year period of 1965 to 2015, this coalition of climate deniers actively worked to delay the public’s realization of the true manifestations of the climate crisis. Similar to the impressive performance the tobacco industry put on to cast doubt on the links between cigarette smoking and lung cancer, fossil fuel corporations similarly launched full-scale public relations campaigns to cast doubt on the realities of climate change.

The three main mechanisms that allowed them to control the public narrative for so long included a combination of: (1) politicizing the research as bonds solidified between fossil fuel corporations, political action committees, and Republican members of Congress; (2) portraying the science as manipulated, outrageous, and fear-based; and (3) by popularizing smear campaigns against climate change scientists and advocates in the form of billboards, newspaper articles, and media advertisements. For years, the polluter-industrial complex successfully achieved widespread levels of public uncertainty and disbelief around climate change.

The five U.S. oil giants are collectively responsible for approximately 45 percent of annual U.S. carbon dioxide emissions, and yet they continue to get off free from any obligation or penalty for their monumental role in creating today’s climate emergency. Although legal proceedings finally ensued and subpoenas were issued beginning in 2015 against some oil companies for their role in the dissemination of climate lies and falsified data, the impact of decades of lost time and pollution has caused untold damage that the global community will continue to battle for decades to come.

National polling numbers on public awareness of climate change rose gradually from 50 percent of the population in the mid-1990s to 63 percent in 2015. Today, the exposure of Big Oil’s disinformation campaigns and the growing severity of the climate crisis has led 73 percent of the US population to support urgent climate mitigation efforts. Years of effort to debunk pervading climate myths by the climate change and climate justice movements are finally beginning to pay off.

International acknowledgement of the climate threat has galvanized organizations, policymakers, and activists to push for a just, ecological transition to a more regenerative economy. This framework recognizes that having clean air, water, land, and food are fundamental human rights and rights of global citizenship, but yet these rights have been denied to many. A just transition calls for all levels of government–— local, regional, national, and global— to respond and implement fair trade, climate, health and safety, economic, and environmental policies that address the harmful impacts of neoliberal corporate globalization on labor, health, and the environment. However, socially inclusive actions and solutions require the participation of a diverse set of stakeholders and the most vulnerable communities to make necessary space for their voices in shaping the policies that will affect their wellbeing.

Although the fossil fuel industry preaches that the relationship between the environment and the economy is zero-sum, just transition principles reason that maintaining a healthy economy and a clean and safe environment is, in fact, both harmonious and beneficial to all. The transition will actively create new employment opportunities in renewable energy and enact the widespread systemic changes that are necessary to meet the goal of curbing global warming temperatures to 1.5ºC. Although the inevitable shrinkage of unsustainable industries will occur (such coal mining), this need not negatively affect those regions dependent on the fossil fuel industry. The International Labour Organization (ILO) indicated in their 2018 World Employment and Social Outlook report that such changes in the use and production of more renewable energy and sustainable technologies might generate around 18 million new jobs around the world.

Political opponents to a net zero transition used the tired boogeyman that climate change legislation is exorbitantly expensive and detrimental to the economy, conveniently downplaying that the cost of inaction is far greater. A report from the Deloitte Economics Institute titled The Turning Point: A new economic climate in the United States shows that “insufficient action on climate change could cost the U.S. economy $14.5 trillion in the next 50 years. This would result in a loss equivalent to nearly 4 percent of GDP (or $1.5 trillion) in 2070 alone. Unless dramatic action is taken, nearly 900,000 American jobs could disappear each year due to climate damage over the next 50 years.”

Healthy democracies are rooted in the principles that popular public sentiment must guide the policymaking actions of our elected officials. However, mass climate misinformation campaigns have undermined and misled the public’s understanding of climate change. Governing structures have allowed corruption to seep into their decision-making processes, protecting the interests of the wealthy and powerful, while inflicting massive harm onto people and the environment. As a result, the impacts of the climate crisis have been increasingly dumped on the global South and the world’s poor. All the while the “Bigs,” the global corporate elite, make record profits.

This power dynamic is not unique to the U.S, but is experienced in communities and countries around the world. There are evident parallels between local communities and developing nations, both burdened by avoidable climate, health, and economic impacts as a result of the monopolistic practices of rich and powerful business interests. The just transition framework works to redistribute power between large corporations/wealthy elites on one hand, and workers and impacted communities (especially frontline communities of color) on the other. The politics and practices of a just transition are key to building a more powerful, multi-class, multi-racial, intergenerational and international climate justice movement capable of challenging the plundering of the earth and restoring not just our climate, but also the social and economic vitality of all nations.