support us
Back to Our Team
Daniel Aldana Cohen
Fellow

I’m an Assistant Professor of Sociology at the University of Pennsylvania, where I direct the Socio-Spatial Climate Collaborative, or (SC)2. I also co-direct the climate + community project (ccp). In 2018-19, I was a Member of the Institute for Advanced Study in Princeton, New Jersey (2018-19). I’m the co-author of A Planet to Win: Why We Need a Green Deal. I’m currently completing a book project called Street Fight: Climate Change and Inequality in the 21st Century City, under contract with Princeton University Press, to be published in 2022. My research and writing have have appeared in Nature; Environmental Politics; Public Culture; The International Journal of Urban and Regional Research; City: Analysis of Urban Change, Theory, Action; NACLA Report on the Americas; The Century Foundation; The Guardian; The Nation; Jacobin; Dissent; and elsewhere. (Photo: Eric Sucar, UPenn.)I work on the politics of climate change, investigating the intersections of climate change, housing, political economy, social movements, and inequalities of race and social class in the United States and Brazil. And I’m working on Green New Deal policy development, including the Green New Deal for Public Housing Act, through collaborations between (SC)2, the McHarg Center, Data for Progress, People’s Action’s Homes Guarantee campaign (where I serve on the policy committee), other social movements, and progressive elected officials in the United States and Brazil. 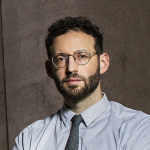