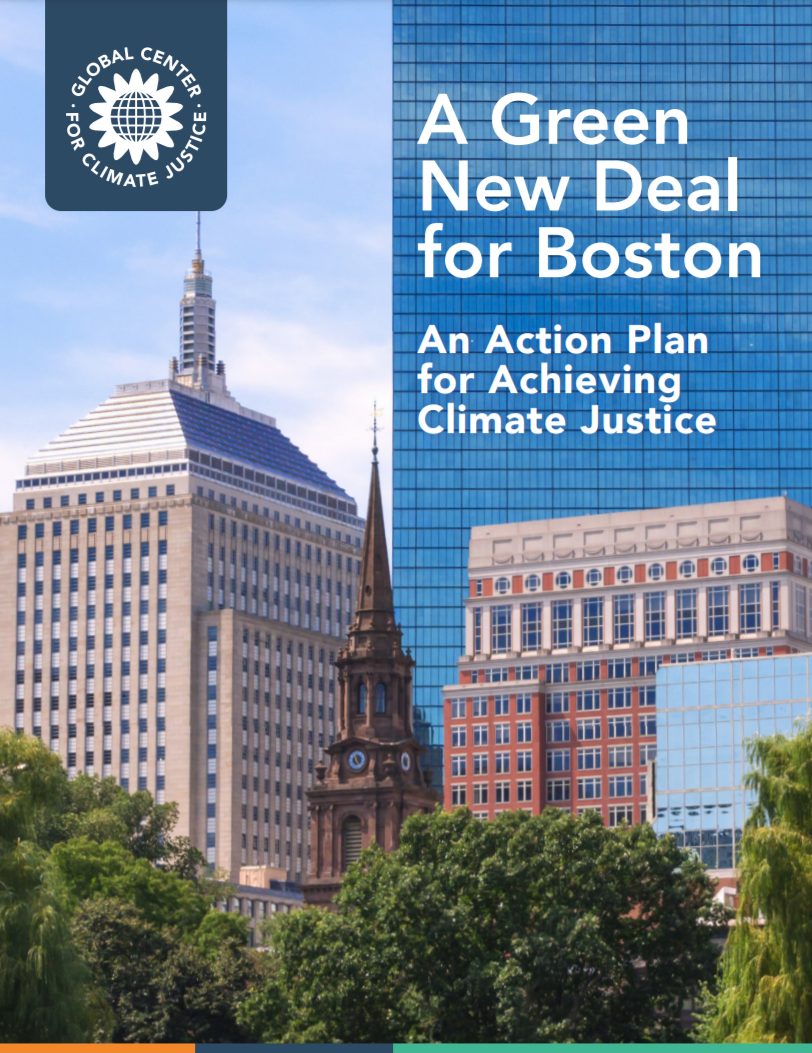 A Green New Deal for Boston 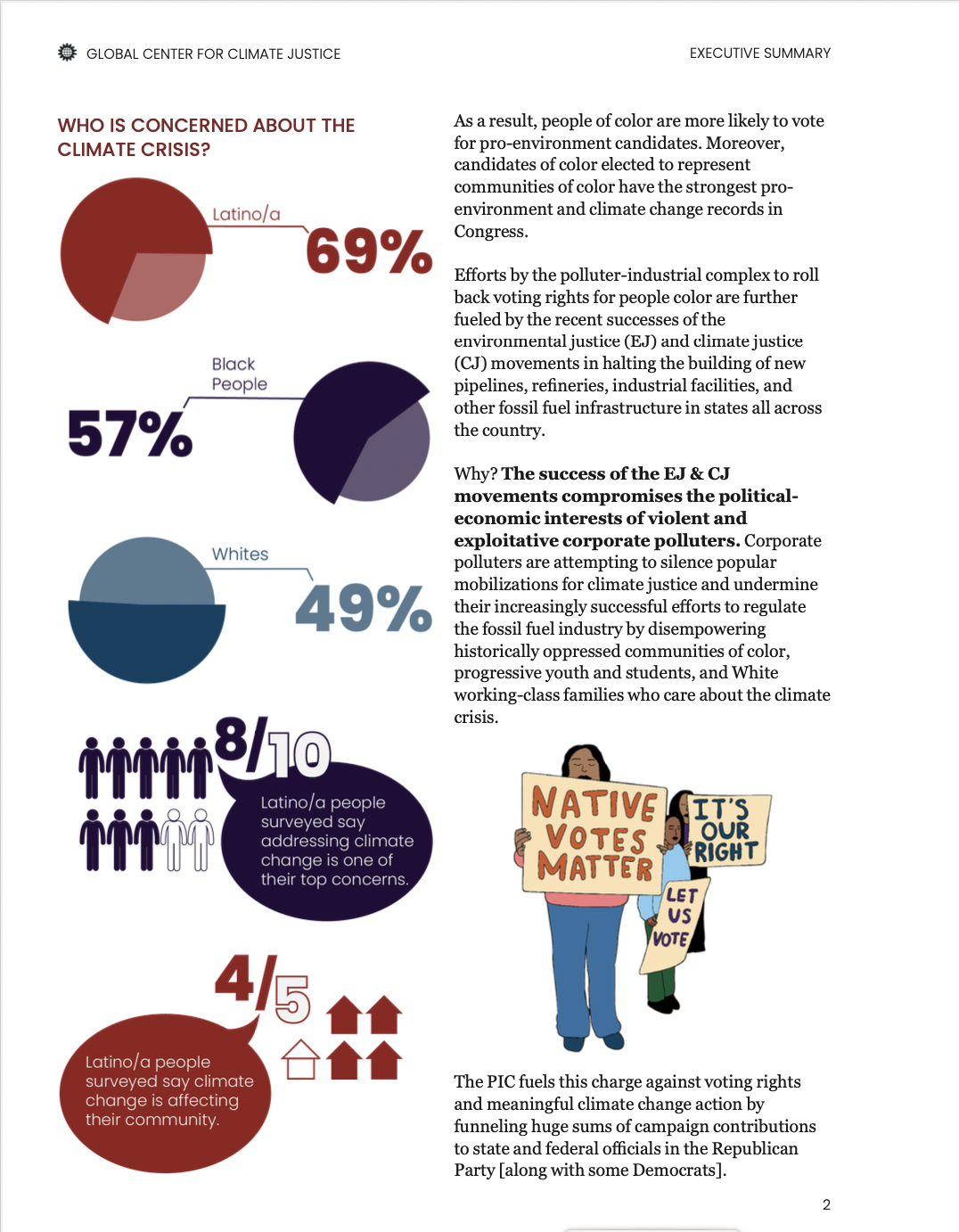 This report outlines how the city of Boston can become a global climate justice leader by embracing radical possibilities that prioritize systemic change. The Boston Green New Deal encompasses the federal Green New Deal resolution’s goals of social justice and climate security while simultaneously prioritizing local grassroots organizations and expertise. It explains why cities must step in and implement their own plans when the federal government fails to show up in moments of crisis.

This is not an impossible task, as cities not only hold responsibility for tackling climate—urban areas are responsible for over two-thirds of residential emissions annually—but also immense potential; local governments can be more vigilant and responsive than state and federal institutions. Our cities are already armed with the power to make change. They possess the ability to control direct spending on services; budget and investment decisions; land use; local regulations; economic and environmental incentives; and more.

A Green New Deal for Boston can address the root causes of issues such as affordability, congestion, and unequal access to city resources. The policy and program proposals outlined here show that Boston can use the power of collective imagination to tackle the interconnected dangers of the climate crisis, racial injustice, and devastation from the pandemic.The following suggestions focus on confronting these problems as part of a just recovery from the pandemic. They outline long term, sustainable ways to address pre-existing inequalities that have only been exacerbated by the pandemic. Fundamentally, the principles outlined in this report emphasize justice-based structural transformations.

The Boston Green New Deal recommends seven main principles for systemic change rooted in transformation and accountability. It calls for changes that are people-centered, rights-based, and democratic. These changes must demand the prioritization of justice, decommodify society and nature, and provide social and ecological resilience. Initiating concrete policy proposals that align with these principles will help Boston recover from the pandemic in a way that ensures community resilience and promises residents secure jobs, affordable housing, and a thriving local economy.

Ultimately, this report should be viewed as a call to action. Boston is obligated to address the entwined threats of climate change, racism, and economic inequality in its recovery from the pandemic. The policy proposals highlighted present urgent transformations that are not a choice but a necessity to generate a path for dynamic, forward-thinking change. We are fully equipped with the tools to create institutional changes that meet the needs of all community members. When we come together, the possibilities for justice are limitless.