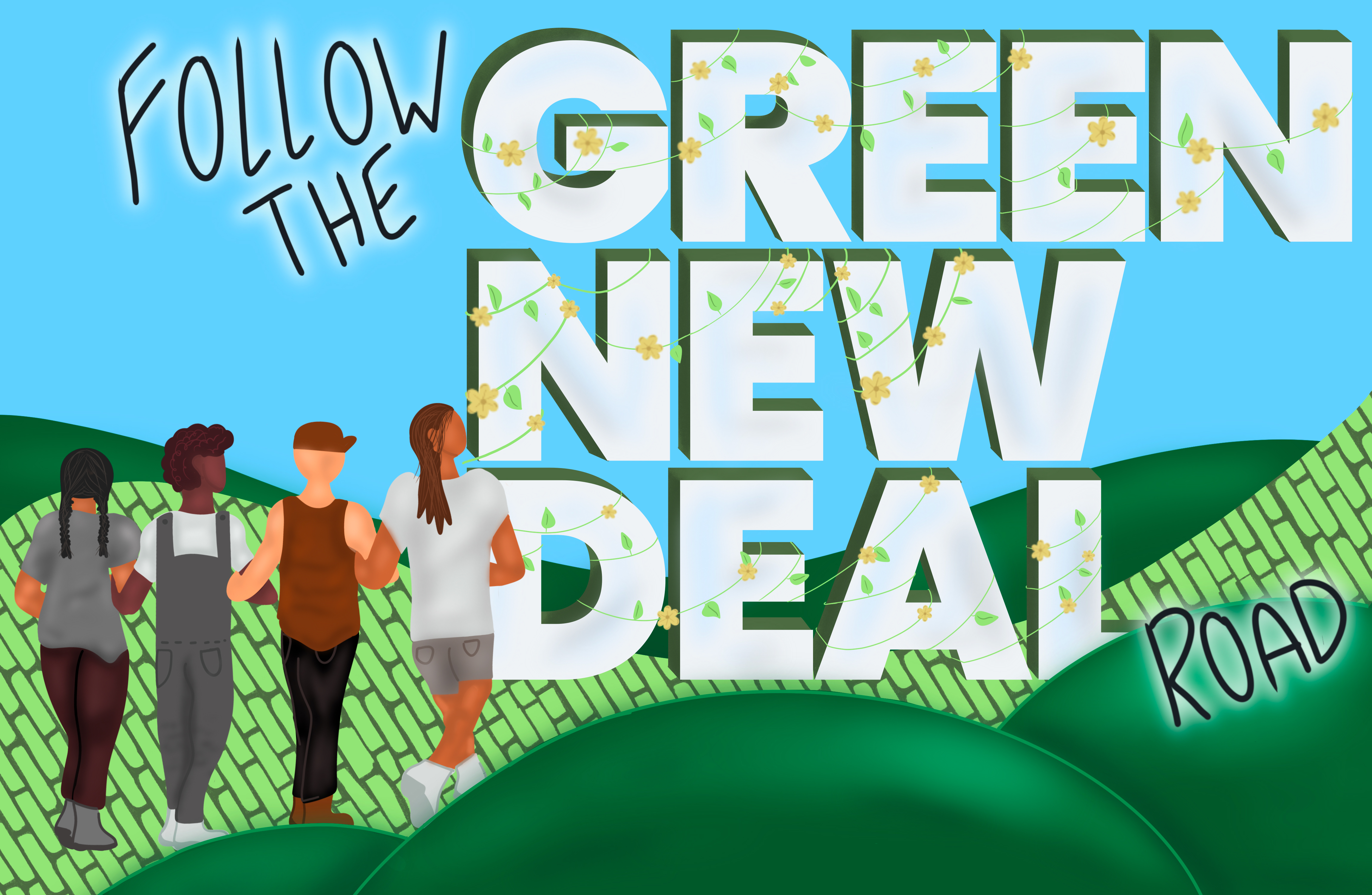 Cultivating an inclusive manufacturing sector can “build a broad-based working class with much higher incomes and create social capital at work, provide a decent standard of living, and be an engine for job growth.” A transformative Green New Deal shifts power relations in order to move towards a more equitable, just, and inclusive economic future. The climate crisis requires a Green New Deal that redesigns our energy system, which requires the manufacturing of renewable energy infrastructure (i.e., solar panels, wind turbines). Rebuilding our energy sector will require investments in technical skills development, livable wages and benefits, local supply chains, and new relations of production. Transformative manufacturing under a Green New Deal needs to ensure a more equitable distribution of wealth, inclusion of women and minority-owned businesses, and the prioritization of  “disadvantaged communities for investment in advanced manufacturing and provides training, financing, and strategic support.”

In 2019, students and faculty across the UC campuses formed the UC Green New Deal Coalition (UC GNDC) “seeking environmental justice measures that promote the reformation of energy systems, transit, food systems, waste disposal, divestment, and education to mitigate the effects of climate change.” The UC GNDC aims to keep the UC system accountable for their climate action commitments, such as carbon neutrality by 2025. This month, the Coalition met with UC unions to discuss what each union can do to integrate climate action initiatives in their work. UC-AFT recently established a climate action committee that is intended to help other unions embed “environmental efforts into their climate negotiations.” UPTE CWA 9119, representing technical and professional workers, has a Green New Deal committee that has endorsed several statewide policies over the years. The UC unions are building solidarity to advance Green New Deal principles in their work.

How are Green New Deal Leaders Faring in Texas?

On March 1st, Texas’ congressional primaries will determine how Green New Deal leaders will fare in the red state. The primaries include immigration attorney Jessica Cisneros, who is set to defeat Representative Henry Cuellar (D), a top fossil fuel industry ally, in the 28th District. With the recent redistricting of San Antonio voters, Cisneros has a greater chance of unseating Cuellar with her second bid. Cisneros–backed by the Sunrise Movement, Representative Alexandria Ocasio-Cortez (D-NY), and Justice Democrats–intends to diversify the job market in her district, to ensure that people have more than just oil and gas industry jobs as career choices. Another Green New Deal leader in Texas’ 35th District is Greg Casar, also endorsed by the Sunrise Movement, advocate for a Green New Deal, and known for his campaign to require paid sick leave in Austin.

As New York City plans to transform the East River Park into a sea-level rise buffer, community activists are strongly opposed to the plan. After years of consulting with the community the City decided to go with a completely different plan, disregarding public comments. The park transformation would require the demolition of the existing park, burying it under eight feet of landfill in order to build a climate resilient one. However, community residents argue that this will temporarily eliminate the most accessible green space in the area and have minimal impact on sea-level rise flooding. Blindsided by the change in plans, the community’s trust of the process and the intention of the City has deteriorated. This controversy highlights the importance of community engagement in climate action efforts.