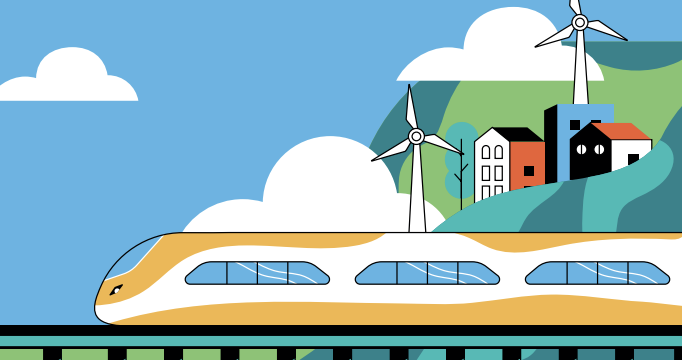 Join Climate XChange on Tuesday, February 15 at 3pm EST to learn more about how federal funding will impact state-level climate action. Several federal funding initiatives could provide states an opportunity to secure funding for climate projects, including funding assistance with implementing aspects of a state Green New Deal. To gain an inside scoop from experts in the field and learn more about efforts to secure funding for these initiatives, register here.

A Green New Deal for Brazil

Appalled by the dismantling of democracy by President Jair Bolsonaro, people in Brazil are building momentum for a national Green New Deal aimed at achieving social and environmental justice. Congressman Alessandro Molon authored the GND-BR with a vision of reducing socio-economic and environmental inequalities by revitalizing employment through low-carbon investments and fortifying public services. Tenets of the GND-BR include: increasing the availability and quality of employment opportunities, investing in energy efficient technologies and renewable energy sources, reducing greenhouse gas emissions (especially from the agricultural sector), and alleviating environmental impacts.

The Green New Deal on the Big Screen

The Green New Deal makes its way to Sundance with Rachel Lears’ documentary, To The End. In the film, Lears’ follows four women of color in their work to transform US climate politics to embrace a Green New Deal. The women highlighted in the film are Rep. Alexandria Ocasio-Cortez, Varshini Prakash (Sunrise Movement), Alexandra Rojas (Justice Democrats), and Rhiana Gunn-Wright (Roosevelt Institute, an author of the Green New Deal). The work of these women and the movements highlighted in the film are crucial in the evolving discussion around climate policy in the United States as it popularizes a more intersectional approach to climate action. The film also demonstrates the power of young voices addressing issues that impact them and their future. At a time of political stalemate and worsening climate impacts, To The End provides a refreshing, hopeful perspective.

A Green New Deal in Appalachia

ReImagine Appalachia, a diverse group of stakeholders in the Ohio Valley region, is working to promote a Green New Deal in the Appalachian region. In an interview with Truthout, Amanda Woodrum, co-director of ReImagine Appalachia, shares some of that collective vision that was crafted through input from a multitude of people from different backgrounds with roots in Appalachia. Part of their conception of a sustainable Appalachia consists of ending the exploitation of resources, repairing environmental damage to the region and spurring the creation of union jobs, in part through advocating for a Civilian Climate Corps. The coalition is working to ensure that money from the bipartisan infrastructure package, and other federal funding, is invested to meet the climate infrastructure needs of the Ohio Valley region. Additionally, Woodrum shares that the region has the potential to be a hub for sustainable industry which should lead to the creation of good, union jobs.