support us
Restoring Collectivity Through The Commons: Interview With David Bollier
Lauren
Goldberg 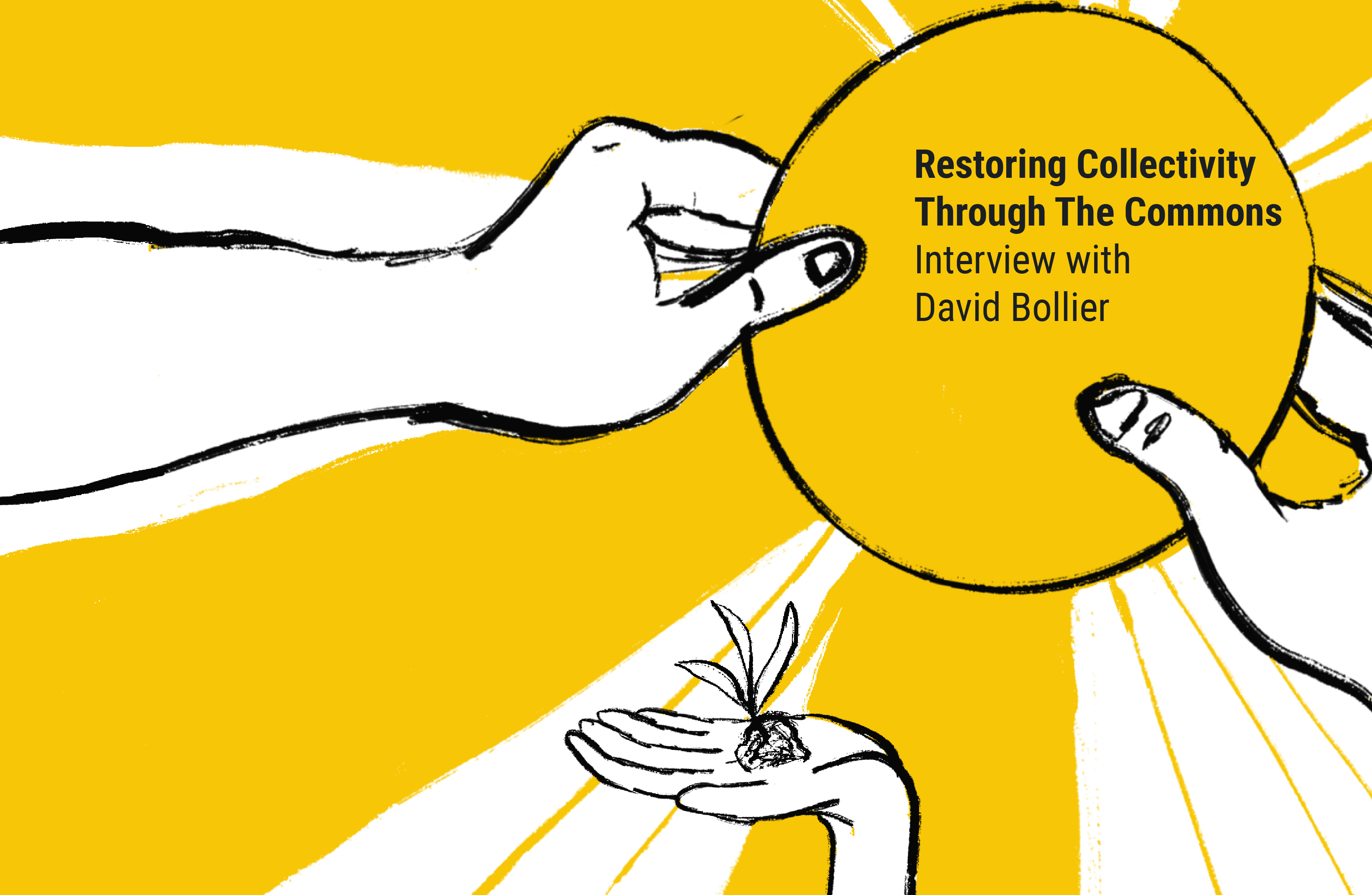 “The world we have inherited is no longer working.” This bold statement is the eye-catching, opening line of David Bollier’s recently published Commoner’s Catalog: for Changemaking: Tools for the Transition Ahead. It persuasively informs readers that, in hindsight, our existing practices have created more environmental, cultural, political, and economic setbacks than solutions. Intrigued to know more, our team sat down with Bollier to talk about the purpose of the Catalog and how the commons is a powerful space to create community and build power in the fight for climate justice.

The Catalog’s goal is to present active examples of effective changemaking in a popular and accessible discourse. It defines the commons as “a resource plus a defined community, and the protocols, values, traditions, and norms devised by the community to manage it.” The commons can be anything from a community garden to an information sharing website, such as Wikipedia. Bollier hopes readers realize “anyone can engage with the commons,” and understand the places and spaces where the Commons exist, so they too can be a part of the collective that helps create an alternative vision for the future.

The Catalog encourages collectively-formed solutions to the climate crisis that revolutionize progress, showing us we need not be  complacent with today’s extractive norms and standards. The Catalog intends to “provide a perspective and lens for critiquing some of the deep foundational flaws of modern capitalism and modernity itself.” It outlines current endeavors, projects, and movements whose goals, motivations, and practices are “trying to break through the bonds of conventional government and social change.”

One of the greatest issues regarding the commons are their enclosure and commercialization for private market gain. Bollier reproaches industrial capitalism and its institutions for obscuring the commons, referring to them as “monetizing machines” who benefit from the commons by “exploiting all sorts of alternative values that aren't capitalist,” like “ecosystems, gift economies, mutual aid networks, and academic communities.” Right now, we lack the necessary social institutions, legal recognition, and the state support for commoning to expand more readily.

Understandably, it would be counterintuitive for the state to empower “people who might threaten the political order,” notes Bollier, and urges us to “rethink the configurations of state power, because arguably, we're not going to make progress against climate change, unless we... or the state somehow distances itself... from the demands of oligarchs and other capitalists.” According to Bollier, increasing the visibility of the commons is a crucial counterweight that has the potential to reframe our identities and institutions beyond the “rational, utility-maximizing, materialist that capitalist economists say we are” and embrace “our human propensities to act collectively.”

According to Bollier the commons are misunderstood in mainstream media and politics, believed to be discrete happenings “taken up in isolation [they] are seen as relatively small, trivial, one off… and are often seen as too disconnected from each other as a public narrative, that they're not… consequential in current climate change politics.” However, in reality, they are surprisingly widespread and powerful spaces that can engender projects, initiatives, and strategic possibilities while building an influential grassroots mobilization for change. Bollier urges climate leaders and NGOs not to ignore these movements and “realize that there's a vast army of people who want to play a constructive role in addressing climate change. Such a grassroots force for systems-change would strengthen their hand in brokering with political powers that be… to articulate a positive alternative vision of what the economy could look like.”

Check out David Bollier’s Commoner’s Catalog and discover how you can join countless others in the movement for positive changemaking!