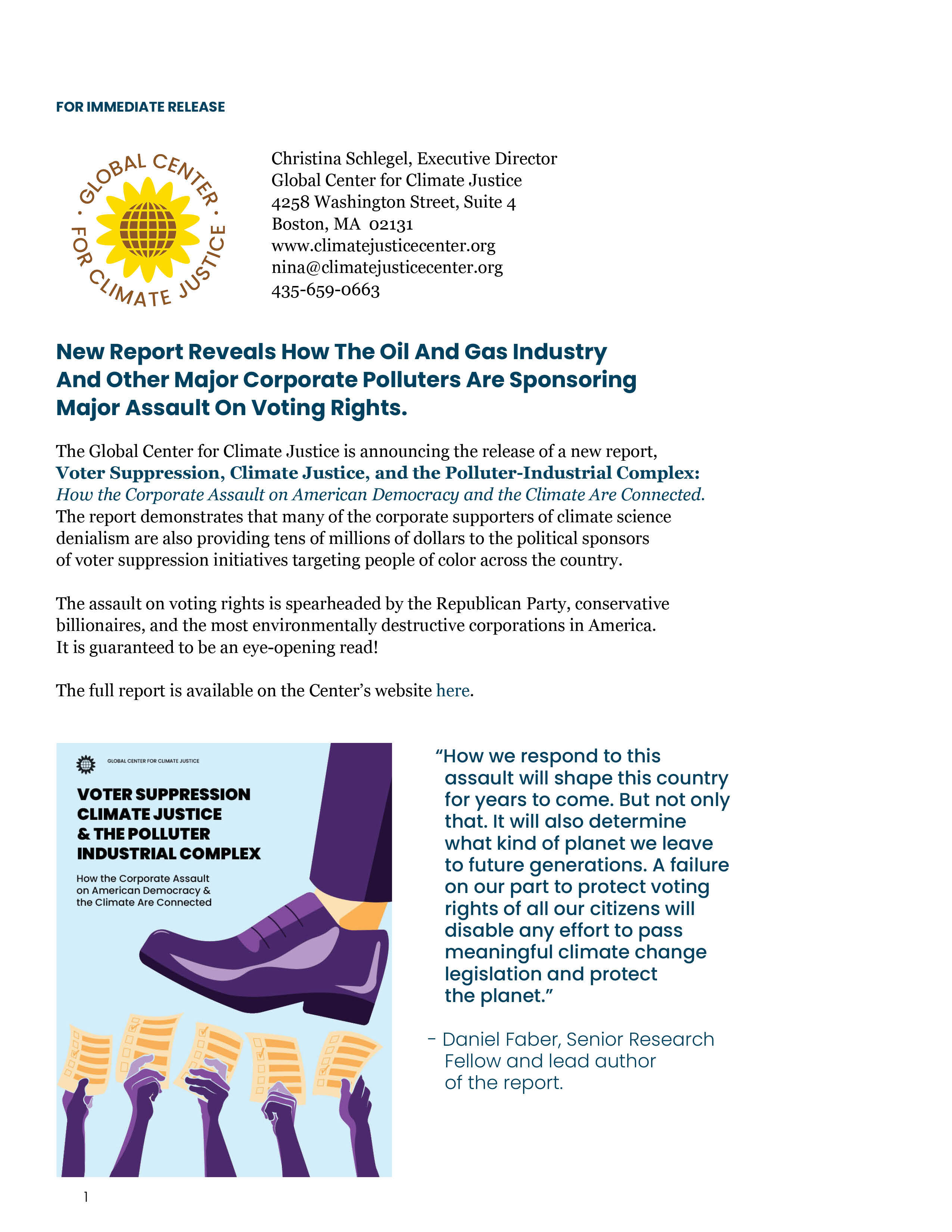 For the PDF version of this press release, click here.

Major Findings from the Report:

Without federal voting rights legislation, discriminatory voting laws and election subversion could go unchallenged. This is now a code red situation for all citizens concerned with saving our democracy and the planet. We are in imminent danger of our government becoming an Oil-igarchy under the control of a dangerous alliance of corporate billionaires, authoritarian populists, and the polluter-industrial complex.