support us
Putting an End to Climate Disinformation
Lauren
Goldberg 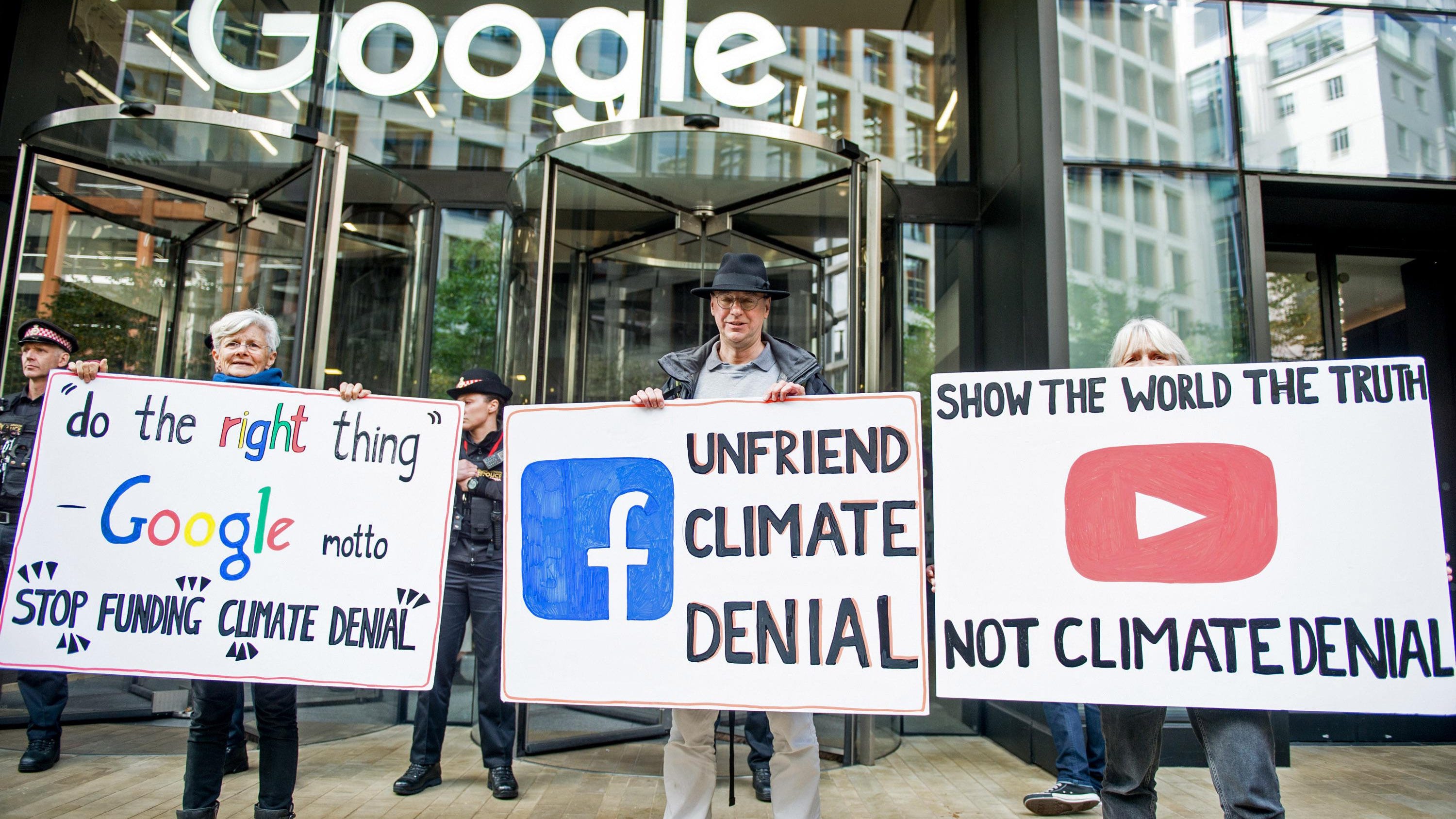 In the age of technology, our access to information has increased with unprecedented momentum. Never before has breaking news reached us within minutes of it occurring. But ubiquitous and instantaneous access to information comes at a cost, we must weed through fake news, conspiracy theories, and mass suspicions on the truth. Accurate and trustworthy news is a modern-day equivalent to the idiom “a needle in a haystack.” Misinformation, or false information that is spread either by mistake, and disinformation, which is spread with the intent to mislead, pollutes societal understanding of essential topics from presidential election results, to public safety during the pandemic, and now more recently the Russia-Ukraine conflict.

The climate crisis is not exempt from this phenomenon. Fossil fuel industries have long marketed themselves as helping society progress towards climate solutions, when in reality many of these companies work to undermine climate policies using a tactic known as greenwashing. The thin veil of concern for the climate they hide behind does unfortunately mislead some, but becomes readily transparent when we scratch below the surface.

On social media, individuals and organizations that discredit the realities of the climate crisis circulate suspicion and fear online in an attempt to convince readers that any climate action or regulations will result in the loss of their freedom. Much of this disinformation is intentionally created by a large ecosystem of actors that has been active for three decades. It includes fossil fuel corporations; conservative philanthropists, foundations, and think tanks; public relations firms, front groups and coalitions designed to look like grassroots efforts, conservative news outlets; and much of the Republican Party. Riley Dunlap and Rober Brulle describe the inner workings of this “climate change countermovement” and the tactics it successfully uses to muddy the waters of climate information. Like Donald Trump, climate change denialists intentionally ignore or misrepresent the scientific evidence that explains the causes and effects of climate change, and instead engage in a political blame-game. Common talking points among climate change skeptics include using the easily debunked argument that the radiative heat of the sun is causing the planet to warm, promoting the supposed “uncertainty” of the existence and causes of climate change, or arguing that historical temperature records are rigged or unreliable. 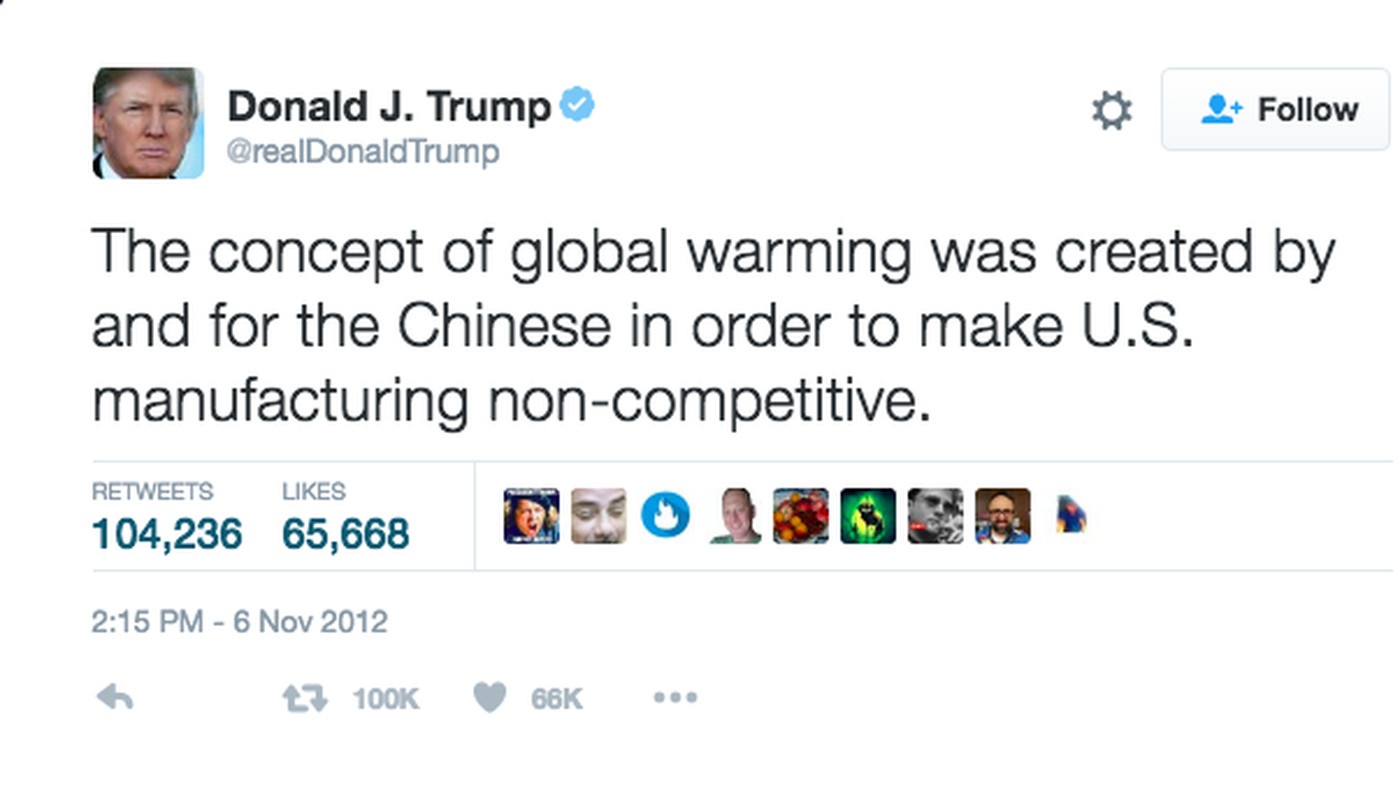 The Climate Disinformation Coalition was created to counter the power and influence of this large denial ecosystem. The Coalition includes major environmental groups like Friends of the Earth, Union for Concerned Scientists, and Environmental Defense Fund, as well as researchers, academic partners, and international NGOs in the UK and EU. It aims to defang disinformation by holding social media companies accountable for facilitating the spread of dangerous climate denial content. The Coalition is illustrating how information infrastructure built for climate disinformation has served other harmful narratives by exposing the failures of the tech platforms to stop the spread climate disinformation through their case study on Texas’ “frozen windmill” story, as well as highlighting the growing overlap between QAnon and climate deniers.

The Coalition recommends Dr. John Cook’s Debunking Handbook as a must-read, incorporating the latest in psychology and sociology to inform efforts to combat disinformation. Ideally, a debunking effort should lead with the facts, sandwich in the myth, clearly identified and introduced as untrue, and end with a logical or factual explanation of why it’s wrong. Another key resource for understanding the scope and breadth of climate disinformation comes from academic Stephen Lewandowsky in his overview of climate disinformation and effective communication strategies.

Psychologically, we are programmed to believe familiar information rather than information that feels new or foreign. This can lead us to being easily, yet unintentionally, misled. To improve digital literacy, the authors suggest lateral reading, which means evaluating the credibility of the information presented by verifying it through other sources. By considering the expertise and motives of alternative sources, readers are impelled to evaluate the plausibility of information provided and just as importantly, forced to slow down before accepting information as concrete. In practice, this tactic would significantly decrease the sharing of disinformation within social networks.