support us
"It is an innovative and remarkably perceptive study of the significance and varieties of contemporary social mobilizations and their consequences."
Bogdan Szajkowski, University of Exeter 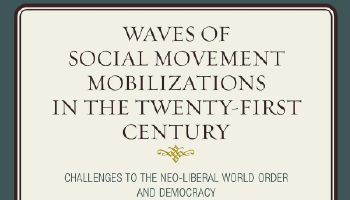 Waves of Social Movement Mobilizations in the Twenty-First Century
Challenges to the Neo-Liberal World Order and Democracy
Nahide Konak
,

Based on case studies, this book analyzes a recent wave of social movement and protests in the twenty-first century. It has two overarching broadly defined themes: first, to identify commonalities across the social movements and protests in terms of strategies, desire, hopes as well as the main factors in the decline of the movements. And second, to underline the significance of the general economic, social, and political conditions in which these protests arose. Although there are specific national and local context-specific reasons for the protests observed in different countries, the gradual integration of the post-war neo-liberal hegemonic world order is the fundamental overarching structural factor behind these protests. From Turkey to Spain, Greece to Mexico, and the Netherlands to the U.S., this book observes that the “outsiders” of the system resist against the oppression of the neo-liberal world system.

BUY THE BOOK!Back to Contributor Books