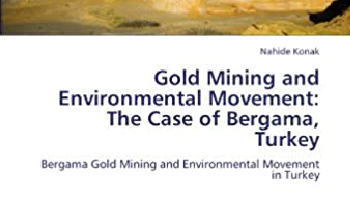 The oppositional master frame adopted by the Bergama environmental struggle is based on ecologically sustainable development with a focus on the precautionary principle. Actors (local residents, independent scientific community, national and international advocacy networks, and lawyers) involved in the movement were not requesting to find better means of disposing hazardous waste by product of cyanide use. Instead, the immediate goal of the movement was to halt this project and advocate on worldwide ban on cyanide-use in mining due to its unsustainability. As a result, the movement can be defined as precautionary populist environmentalism. Precautionary populist environmentalism can be defined as the multilevel and multidimensional expressiveness of environmental issues. Simultaneously it is a local response to environmental health effect, and risks to the lose of livelihood due to cyanide use, it is a struggle against the current global hegemonies of TNC-World Bank-IMF-WTO-Turkish government complex. It is part of a global struggle over ecologically sustainable development in general, and part of a European struggle over precautionary principle adoption in cyanide-leaching.

BUY THE BOOK!Back to Contributor Books