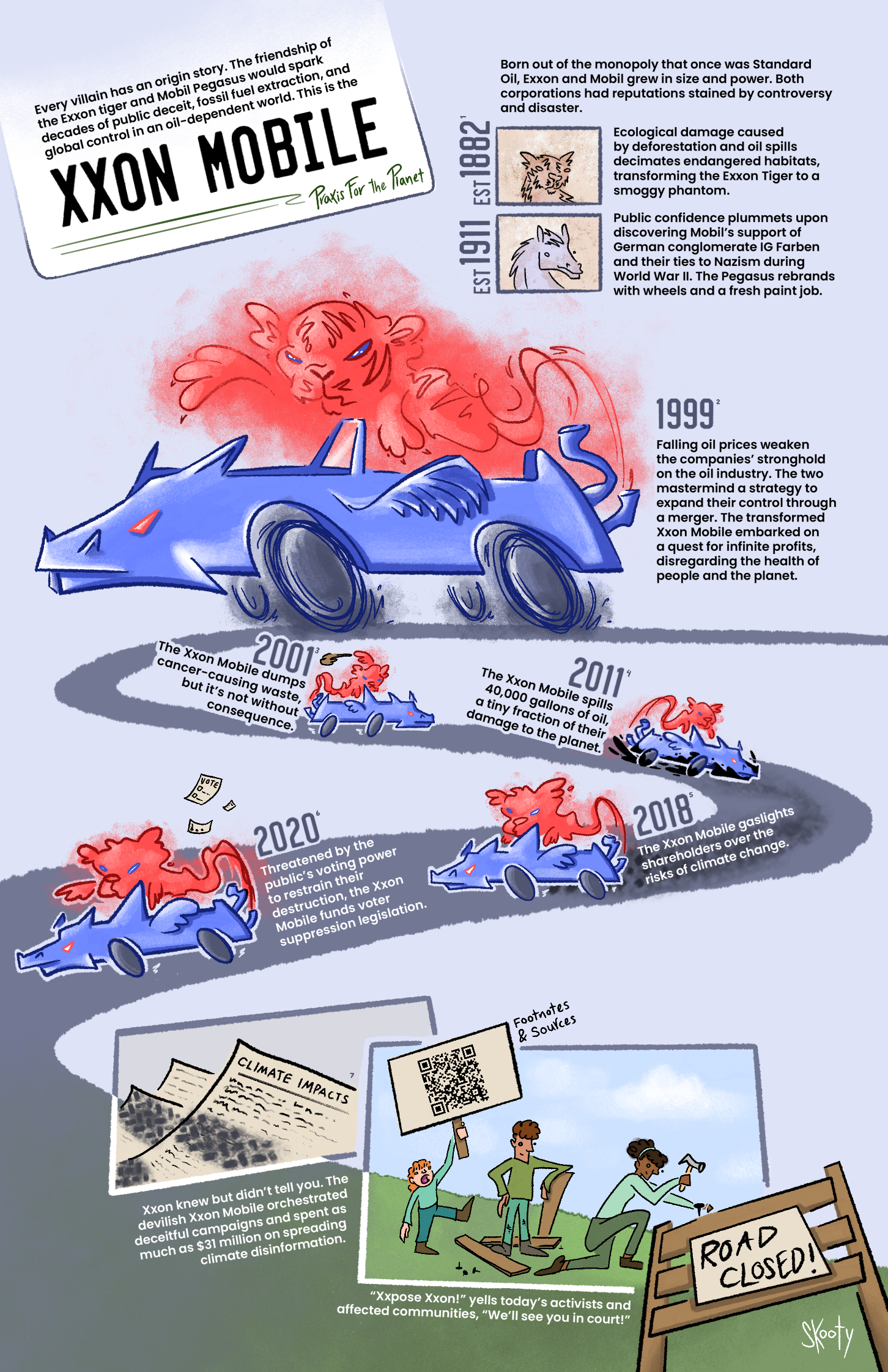 1 "Exxon, Be Gone" by the Center for Biological Diversity

2 "ExxonMobil Merger" by B. Rajesh Kumar

3 Even with a new name, ExxonMobil needed to own up to past abuses. This included the hiring of security forces for its operations who were accused of violating the human rights of Indonesians in the 1980s. After discovering the company was dumping carcinogenic waste into the waters around Staten Island for a decade, the State of New York reprimanded them with an $11.2 million fine.

4 A pipeline rupture tragically spilled 40,000 gallons of oil in Montana’s Yellowstone River. The state’s governor later found out ExxonMobil withheld key information and misled public officials about the accident. This is a tiny percentage of the company’s recorded spills, of which Exxon Valdez in 1989 was the largest (11 million gallons spilled).

6 The public’s voting power has the potential to restrain ExxonMobil’s abuse of lands and communities. Not if ExxonMobil can help it! The company contributed nearly $50,000 to sponsors of voter suppression legislation during the 2020 U.S. election cycle.

7 Inspired by the masterminds hired by Big Tobacco who fabricated lies about the risks of smoking addiction and cancer, Exxon creates a deceitful campaign to deny the science of climate change. Spending as much as $31 million in climate disinformation, they profit to the tune of billions at the cost of people and the planet.